Polyethylene or PE is manufactured using ethylene through a method known as polymerization. Polyethylene is one of the most versatile synthetic resins available in the globe today. It is a part of the polyolefin resins family. It is vital to understand the polyethylene market because it is the most popularly used plastic in the world. This is due to the wide range of applications it can be used in. For example, it is used to make clear food wrap and it is used for making detergent bottles. Polyethylene is useful for making shopping bags and it is useful in fuel tanks of automobiles too. It can be used for other applications through the addition of other chemical groups.

Also Read: Top 9 Internet of Things (IoT) Trends That Will Rule in 2020

The global polyethylene market value was $152 billion in 2016. By 2022, the market will increase in value to $190 billion according to Beroe. The supplier power is high in North America and medium in Asia and EU regions. The buyer power is medium in the EU, high in Asia, and low in North America. There are numerous global suppliers of polyethylene. Some of these are Petrochina, SABIC, ExxonMobil Chemical, Dow Chemical, and Sinopec. The buyers in North America choose contracts and they prefer to buy locally as imports are more expensive in comparison. Asian buyers opt for spot buying and Europe is open to both contracts and spot buying.

In Asia polyethylene industry, buyers source locally and from Europe or the US. In Europe, buyers choose between domestic sourcing and import from Asia and the Middle East. Every year, the contracts are renewed. One of the global polyethylene market trends is that there is going to be an increase in production with the help of capacity additions. There are going to be additional capacities of about 34 MMT by the end of 2021. It will push the global production capacity to reach around 133 MMT by 2022. This will take place in particular regions such as India, China, Mexico, and Iran. This will decrease their dependency on imports although it won’t completely stop the imports.

The polyethylene market analysis states that the supply is likely to remain strong like before due to capacity increases. Beroe predicts that 6 MMT increase in production capacity will be in China which has one of the highest demands for PE. The other additional capacities will take place in the US too which means it will be able to export to regions such as the LATAM, Africa, and China. Regions like the US can expand capacities because ethane is available at a low cost. There is a likelihood that the operating rates will decrease because of these capacity additions. Ethylene prices impact the price of PE and the prediction states that the American market price of PE will decrease.

One of the polyethylene market trends is that in Europe the demand for virgin polyethylene will decrease over time. This is because the EU has decided to recycle up to 40% by the end of 2025. It is important to note that the excess supply is due to production in North America and the Middle East.  Europe, Asia, and LATAM are high importing regions according to Beroe’s research. This is likely to be the case until 2022. The main polyethylene demand for PE will be from Asia because the expected growth in this region is expected to be 4.4%. This increase in demand is because of an expected increase in consumption in that region.

The Middle East region will witness a growth of 4% while developed regions such as Europe and the US will witness a growth of up to 3% until 2022. There are various industries due to which the polyethylene demand will increase until 2022. These industries include construction, packaging, and automotive. Mainly, the blow molding applications are likely to drive the PE market. Today, due to environmental concerns, the manufacturing process of polyethylene has changed as biological enzymatic reactions are used instead. Moving towards sustainability is going to be one of the prime focuses of this industry in the future. 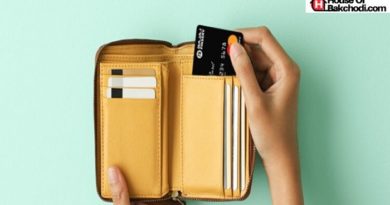 6 Expenses You Should Never Put on a Credit Card