Kids learn exactly what we teach them. Parents have the responsibility to let their kids engaged in outdoor activities to know about nature. This helps for better functionality of their brain. Instead of keeping them inside the home we should often take them to nature.

While trekking, hiking, and camping are the common outdoor activities. But as a hunter, our preference for outdoor activity is always hunting. Though it is not permissible for kids to do hunting. But they can give us company when we hunt.

Now the question arises whether it is safe for kids to go for hunting. There are lots of argument among people and opinion from Psychologist. Some of them say it helps to learn how to deal with challenges. Other say it rather makes them aggressive. So, let’s break down whose opinion is right and the point of view of their arguments.

Why you shouldn’t take kid hunting:

There are several reasons for which some people believe that hunting with kid is not a good decision these are:

There is a hunting slogan

“You never know where someone is going to put a trap so tread lightly and carefully”.

While the trap made by other hunters may hurt you then think about kids. Kids show so much excitement when they get a chance to do a new thing. When hunting is totally new to them, whether you teach them to be quiet and follow your instruction they would not. Rather they will shout or make noise by asking you questions. Sometimes when the prey listens to any noise they get scared. Instead of leaving the place they become aggressive. That’s why hunting is not safe for kids.

When someone decides to go hunting they have a plan to hunt certain numbers of pray. As you know when you aim your hunting weapon at the prey, you have to give so much concentration in aiming. whether the weapon is hunting bow or hunting rifle, kipping the aim at the prey is so difficult when you are annoyed. It’s good if your kids do not annoy you while doing something. But If your kids do, then it would be better not to take them hunting. Missing shots won’t make your plan successful.

According to the environmentalist, hunting reveals the violent character of a human. Even if someone is quiet and calm and do not want to harm any animal, they also become aggressive to all the animals after hunting. They say that kids don’t like to watch violence. They get scared when they see blood coming out from the animal. When they often see violence on the animal at their mental growth stage, they become aggressive to animals. We see some hunters do not use the rifle to shoot the game. They think bullet hurts the prey more than the arrow. That’s why they use the bow and trap to hunt the prey.

Another reason why you should not take kid hunting is for their emotional stage. Kids are emotionally vulnerable when they see any animal get hurts. As kids become aggressive of hunting they also feel guilty when they kill a prey. When they feel guilty they can’t do anything instead they always think about what they have done. To become normal, they take time and sometimes they even don’t want to go for another season.

That’s why when you want to take your kid hunting you should understand their emotion. If they are emotionally strong then you can take your kids with you.

Why you should take kid hunting:

While kids are not mature to hold the rifle and nor permissible to shot the game. So initially it helps them to learn about hunting by observing the techniques. Most of the parents who take their kid hunting they are not determined to hunt any prey. Rather they just go for spending the time with their kids and teach them how to hunt. If you want to teach your kids about the outdoor lifestyle, by talking them through walkie talkies in hunting. You can also teach them by watching national Geographic channel or Discovery channel. You have to take them to the wild and let them observe how animals live. This practical experience will help them to learn more in depth.

As I said kids are emotionally vulnerable, so when they take challenges but can’t make it successful they get depressed. As for successful hunting, a prey is also a challenge for the hunter, so if kids do hunting they will be able to face any challenges easily. Hunting also teaches to be patient. You can’t attack the prey at your first glance. You have to make position, aim the rifle and wait for the right time for firing. This process can even take 30 to 45 minutes which is a long time to go after one thing. That’s why parent believe hunting helps the kid to be patient and learn how to take challenges.

One of the main reason to take your kid hunting is to teach them how to do hunting. Hunting is a sport that needs time to become a professional in it. Nowadays we see lots of new people who have never been in touch with hunting are interested to become a hunter. But they can’t decide which type of hunting is right for them. This type of people is more likely to ruin other’s season. Because they don’t know the hunting techniques and manners much.

So, these are the reason why hunting is good or bad for kids. Both of the opinions have definite reasons to claim they are right. But you should depend on your kids. If your kids love adventure and thrill then you should take them with you. If they are afraid of animals or don’t like attacks on the animal then it is better not to take them for hunting.

Best Places To Hire Dodgems For Parties and Weddings 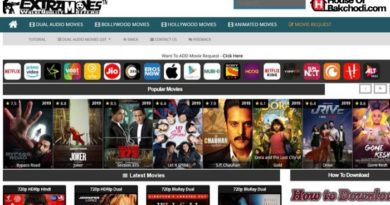 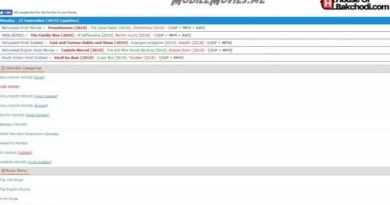