We have seen an uptick in activity surrounding the usage of web services and associated APIs.

An API or a web service is merely a collection of various procedures or software that helps one application to interact or perhaps perform a certain function by connecting to a server.

There are two types of web applications, i.e., SOAP and REST which drives communication of data over IP. There are many open source as well as commercial testing tools which help to test response, performance, and connectivity.

They help to test for a specific scenario like load testing, performance or functional testing.

We take a look at 5 such tools below.

SoapUI is one of the more popular cross-platform and open source testing tools. It can be used to test web service online. It automates tasks like regression compliance, load testing and automated functional for both REST and Soap services. The easy to use graphical interface happens to support both standard and industry-leading tech for stimulation and mock behavior of various web service behaviors.

It is an entirely codeless automation tool that comes accompanied by web services and API testing features. It allows for developers to run functional, load, mocking and compliance  testing of SOAP and REST web services directly over FTP, HTTP and WSDL. You can also use it for denial of service testing and pen testing to ensure that the web services are secure.

Furthermore, it allows for the performance of end to end testing directly from the Web UI, business logic to ETL and database without having to code. It is perhaps why TestingWhiz is seen as more beginner friendly.

It provides some of the most in-depth web services testings for SOAP, HTML, REST, JSON and XML. It provides compliance, functional, interoperability, performance and securing tests with support for W3C and OASIS standards.

An enterprise-grade testing tool by a company called Parasoft. It is used to validate and test APIs and the apps driven by them. They offer robust support for integration, functional unit, compliance, simulation, mocking, load testing and security technologies like JMS, REST, XML, TIBCO, JSON, and HTTP.

It is a fully open source tool used to test and monitor the performance of various web services, and software applications. It mainly runs on the Jython platform. The best feature is perhaps its ability to repurpose Selenium tests, Sahi tests and SoapUI tests or any other which are written in Python, Groovy, Ruby, Java, Perl and PHP into load, function and performance testing.

While all five of the tools above are considered the best, the ones you choose will mainly depend on the application being tested and your goals. Generally, a combination of tools is used to maximize testing across all factors. 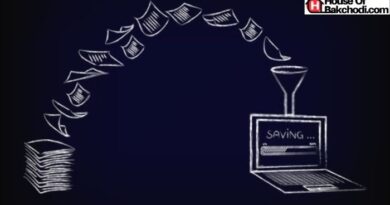 Integration of OCR Technology In Data Processing and Verification