“Don’t talk to strangers… unless they’re your Uber driver. Then, you can blindly get in their car and go with them.”

The concept of using private vehicles and strangers to provide rides to people all over the world was a foreign concept to most people for most of history.

However, recently, with the massive growth of Uber and Lyft, ridesharing has become not only a suitable alternative to taxi cabs but has threatened to replace them.

“Uber” has become as common to the modern English vernacular as “Google” and “Amazon”.

While the trend remains most popular in the major metropolitan areas, there is a growing presence around the world. Last year, Uber brought in $8B in revenue while Lyft brought in $1B, as the franchises continue to increase their dominance.

How They Work for Passengers

The process for Lyft is very similar to the process for Uber, with the app and GPS coordinating everything. Drivers do not need a commercial license, just a regular driver’s license for at least a year prior to driving and their own vehicle (generally, newer than 2000 and in good working condition).

Also there’s no need to worry about how to drive Lyft with rental, as there is a solution available to use that option.

If a passenger or driver rate the other 3 or below stars, you won’t be matched up again. Fares are also established based on their algorithm with a base fare and either a per minute or per mile rate.

Similar to Surge Pricing for Uber, Prime Time for Lyft incentivizes drivers to go online and meet the increased demand.

In general, the process involves the passengers choosing which service they want to hire through the app, establishing their pickup point, and then, in most cases, the destination address.

The app then alerts the customer when the car has been confirmed, along with information about the driver and the car.

The GPS then will follow the driver on the map as they pick up the passenger and take them to their destination. All payment is made through the app with the receipt emailed to the passenger.

Both the driver and passenger are rated to encourage both sides to act with integrity.

Uber sets the fares in each city based on a private algorithm using either a per mile or per minute rate on top of a base fare.

There is also “Surge Pricing” which indicates increased prices during high-demand times. There is also an option to split fares for multiple passengers sharing one car.

Driving for Uber And Lyft

Driving for a ride-sharing company provides a number of benefits including the opportunity to set your own schedule and make some easy cash through a side hustle.

That flexibility makes it especially appealing for those who have another job and simply want to fill their free time with something that will provide a little extra cash.

However, some things to keep in mind before jumping behind the wheel:

As the ridesharing market continues to take a higher market share than ever before, there continue to be more aspects added.

From adding food delivery services to people renting cars to drive, there appears to be a bright future for the ridesharing business.

As it becomes more a part of the mainstream city economy, it will become even more of a factor in the future of the world.

The most futuristic aspect is the concept of self-driving cars.

Uber began developing a self-driving car in 2015 and while it would drastically reduce labor costs and could still represent the future, they are currently engaged in a lawsuit regarding a potential theft of information from Google.

There have also been two accidents with field tests as one was involved in a two-car accident and the other struck a pedestrian in a fatal accident.

Lyft has also been invested in the technology but has been more private about their proceedings. Both companies hope and expect to have thousands of autonomous vehicles on the streets of major US cities by 2020.

So, while there are many benefits to driving for a rideshare company, it may be best if you jump behind the wheel sooner rather than later. 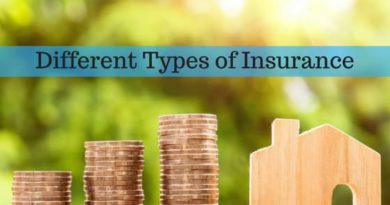 What are the Different Types of Insurance Available