After 4 and half years of Modi government, let us try to recollect some of the major schemes of central govt. which have changed the life of common citizens.

These 5 most successful government scheme in India will ensure Housing for all, Health care facilities for all, financial inclusion of poor people, LPG gas connections for all women and self-employment opportunities for all.

In total, more than 120 schemes have been launched by Narendra Modi since he came to power.

This scheme was the biggest scheme for financial inclusion of poor people and to bring them into mainstream.

PM Jan Dhan Yojana is a huge success and its official website is pmjdy.gov.in.

Here are some figures which clearly ensures that a large number of poor people have been benefited from this PMJDY scheme and now are in the financial mainstream.

Moreover, there are total 17.69 crore female beneficiaries from both rural & urban areas.

A total number 26.42 crore Rupay debit cards have also been issued to the beneficiaries.

Pradhan Mantri Ujjwala Yojana is a flagship scheme of the Narendra Modi government launched on 1 May 2016.

This scheme aims to provide free LPG gas connections to poor women in rural and urban areas. The primary objective is to restrict the usage of chulha and provide cleaner fuel for cooking as smoke from chulha causes a large number of respiratory and other disorders in women.

This is the one of most popular and successful Narendra Modi government schemes till date.

The central government has set target to provide LPG gas connections to around 8 crore women from poor families.

PM Ujjwala Yojana is covering around 715 districts across the country and around 5.83 crore gas connections are already given to the below poverty line (BPL) households.

The official website for Pradhan Mantri Ujjwala Yojana is www.pmujjwalayojana.com. In case of any leakage complaints, beneficiaries can contact on the PMUY helpline number 1906.

PM Awas Yojana is a scheme to ensure housing for all poor households across the country.

The target is the allotment of 2 crore houses for the urban poor by 31 March 2022. PM Awas Yojana Urban was launched on 25 June 2015 and its official website is pmaymis.gov.in.

PMAY Gramin Housing Scheme was initially launched in January 1996 in the name of Indira Awas Yojana and then restructured into PMAY-G scheme on 1 April 2016.

Central govt. has set a target to provide own houses to 99,55,801 people in rural areas.

Pradhan Mantri Mudra Yojana (PMMY) is basically a self employment loan scheme to provide employment opportunities to aspiring youths of the country.

This scheme was launched on 8 April 2015 to provide Mudra loans upto Rs. 10 lakh to the non-corporate, non-farm small & micro enterprises.

PMMY loans are given by Commercial Banks, RRBs, Small Finance Banks, Cooperative Banks, MFIs and NBFCs. Borrower can approach any of the lending institutions or can apply online at mudra.org.in.

Mudra loan scheme has a huge impact on changing the lives of citizens and has provided a large number of employment opportunities to jobless youth which in turn becomes job creators rather than job seekers.

Ayushman Bharat Yojana or Pradhan Mantri Jan Arogya Yojana has been launched on 23 September 2018 to ensure the objective of healthcare facilities to all.

Under this scheme, all those people whose name appears in the Socio-Economic Caste Census (SECC-2011) data can avail free treatment upto Rs. 5 lakh in any public or private empanelled hospitals.

There is no restriction on age and income limit of the family and these beneficiaries can avail assistance for secondary and tertiary hospitalization.

Beneficiaries can check their name in the PMJAY list of beneficiaries at mera.pmjay.gov.in to avail this cashless and paperless treatment.

The official website for Ayushman Bharat Yojana is abnhpm.gov.in and there is no need to make any online registration or application to avail scheme benefits.

However for 2nd time treatment, Aadhar card is a mandatory document. Arogya Mitras (Ayushman Mitras) would be present at every empanelled hospitals which will assist the people in claim settlement.

Till date, more than 3 lakh people have taken the benefits of Ayushman Bharat Yojana across the country and first open heart surgery under Ayushman Bharat yojana also took place on 3 December 2018. 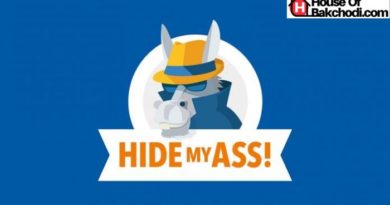