There has never been anything whose advancement can be juxtaposed to that of technology. Technology is advancing on a daily basis.

Scientists are looking to tamp devices and make them occupy as minimal space as possible with all its features and functions still intact.

This applies to all kind of devices and gadgets– cars, all the way to mobile phones.

They have rapidly transitioned from analog to digital sets. Among the aspects that have been revamped are their shape, functionality, and weight.

In the past, television sets were huge and very expensive. Nowadays, with a couple of bucks, you could get an incredible television set. This advancement has led to the introduction of Android TV boxes a few years ago.

What is an Android TV Box?

An Android television box is a small rectangular-shaped digital device. An Android TV box is used to transform an ordinary television set into a smart TV.

It enables a TV to connect to the internet. This allows a user to browse the internet through the television. It also allows the user to stream movies, music and live sports directly from the internet.

This multimedia gadget also enables the user to access a number of Android-based games and applications.

Like any other gadgets, Android TV boxes vary depending on the features they offer. Here are some of the key features that a good smart TV box should have:

In simple terms, this is a feature that allows your smart TV box to be connected to any other sound system without tampering with the signal quality.

This is pretty important as it mitigates the number of flexes used without interfering with the signal quality. Most of these TV boxes are fitted with this feature.

Another key feature that is very important is the availability of HDMI ports. HDMI can be simply described as an interface used for transmitting uncompressed video and audio signals to an external 4K display.

Since TV advancement has seen 4K UHD devices come, streaming through these displays take up a lot of bandwidth. HDMI allows high-speed transmission of up to 60 frames per second.

Analog TV sets are disappearing from the market. In short, it is a good idea to have a smart TV box with an HDMI port since in a few years that will be the only transmission used in TV sets.

They offer up to ten times the speeds of a USB 2.0. The number of devices that are still using USB 2.0 is really astonishing.

When used for charging, USB 3.0 proffers almost double the amount of power produced by USB 2.0.

Android 5.1(Lollipop) and above

Android is an operating system developed by Google. Android has made a long way ever since it was developed.

The most common Android version installed on many devices is Android 4.4(KitKat). Among them all the recommended android for any device is Android 5.1 and above.

Have a look at it from this perspective- whenever you go to purchase something, you usually go for the latest model. This is because you want to experience all the new features that tag along.

Newer models of operating systems have much to offer.

Not only do they come with almost all the bugs fixed, but also offer improved performance and very friendly support systems.

As time goes by, everything changes. This is a well-known fact that applies to almost every angle in life. People want gadgets that are very small in size.

Not only does the size and weight matter, but also the range of features fitted. 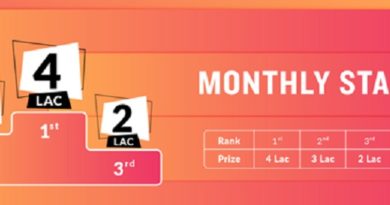