CBD or Cannabidiol is one of the over 100 chemical components or cannabinoids found in the marijuana plant.

Another popular cannabinoid is THC, which is the compound responsible for the ‘high’ effect in the cannabis plant.

Unlike THC or tetrahydrocannabinol, CBD is not psychoactive.

This makes it a darling to many marijuana patients since they don’t have to worry about the mind-altering effects of most pharmaceutical drugs or marijuana.

To make CBD oil, CBD is extracted from the marijuana plant. It is then diluted using coconut or hemp oil.

Over the years, CBD oil has gained momentum with many studies confirming that it can actually help treat a number of ailments including but not limited to anxiety, chronic pain, and cancer.

What exactly is CBD oil?

In this article, we will let you know all there is about CBD oil as well as some of its health benefits.

According to research, cannabis was being used for pain relief as early as 2900 B.C.

However, it is not up to recent years that scientists have discovered that CBD is one of the components responsible for this pain relieving property in the marijuana plant.

According to many studies, CBD oil can help treat joint inflammation and other forms of chronic pain in rats without causing any severe side effects. Researchers believe that CBD may be an ideal treatment for people suffering from arthritis.

Our bodies contain a specialized system known as the endocannabinoid system or the ECS. This system is involved in regulating a number of essential body functions such as appetite, pain, sleep and most importantly the immune system.

The body produces endocannabinoids. These compounds are the transmitters that naturally bind to the cannabinoid receptors in the nervous system.

Researchers believe that CBD oil may help treat chronic pain by interfering with the endocannabinoid receptor activity, interacting with the transmitters and reducing inflammation as well.

Other studies have shown that a combination of THC and CBD could be an ideal treatment for pain due to arthritis and multiple sclerosis in human.

In a study involving 47 people suffering from multiple sclerosis, it was discovered that those who used Sativex (an oral spray which is a combination of CBD and THC) for a month showed a significant improvement in walking, muscle spasms and pain as compared to those who did not.

In another study, Sativex was seen to have significantly boosted sleep, reduced pain during movement and rest in 58 people suffering from rheumatoid arthritis.

Suffering from depression or anxiety? Well, CBD oil for anxiety and depression might be what you need!

According to the Anxiety and Depression Association of America, more than 18% of the American population suffers from anxiety every year.

CBD oil may relieve anxiety by acting on the serotonin pathways in our brains.

Serotonin is the chemical compound responsible for the transmission of information between nerve cells in the human brain.

It is the compound responsible for the general wellbeing and mood swings.

CBD acts as a 5-HT1 receptor agonist boosting the production of serotonin.

According to an animal study, CBD may actually work on serotonin faster as compared to the traditional antidepressant pills.

A study carried out in 2010, found out that CBD could help treat anxiety symptoms in people suffering from social anxiety disorder.

The study also found out that CBD could help alter the way people responded to anxiety.

This is mostly due to alterations in how blood flows to the regions or parts of the brain associated with anxiety and feelings.

In another study, it was confirmed that CBD oil possesses anti-depressant and anti-anxiety properties. For this study, an animal model was used.

As if this is not enough, a 2016 case study confirmed that CBD could help treat anxiety provoked sleep and post-traumatic stress in kids.

According to the publication, CBD helped reduce anxiety and boost sleep in a young girl with a history of trauma.

We can never talk about the health benefits of CBD oil and fail to mention its ability to alleviate cancer symptoms.

According to both the National Cancer Institute and the American Cancer Society, CBD oil can help slow or lower the spread of cancerous cells.

However, while the two bodies insist that CBD cannot be used on its own to treat cancer, numerous research point at the potential of CBD in inhibiting the progression of the various types of cancer such as colon, prostate and breast cancer.

Research also shows that CBD can be used in lowering or eliminating cancer-induced pain as well as vomiting and nausea caused by chemotherapy.

Did you know that acne affects more than 9% of the world population?

Acne can be caused by a number of factors such as bacteria, genetics, overproduction of sebum or an underlying medical condition.

Researchers believe that due to its anti-inflammatory properties, CBD oil may be used to treat acne and other skin conditions.

According to the study, CBD oil also helped prevent the activation of pro-acne agents such as inflammatory cytokines.

According to studies, CBD could be one of the best natural remedies against high blood pressure and diabetes.

In a recent study by the Jadoon et al, people were given either a placebo or a high dose of CBD. These people were later subjected to blood pressure and heart rate tests. Those who consumed CBD experienced low resting blood pressure.

This suggests that CBD could lower your blood pressure. This is mostly because it has vascular-relaxant properties.

How to Use CBD?

To consume it, you can ingest it orally through teas, syrups, and capsules. You can also get yourself one of the many CBD edibles such as CBD gummies and CBD-infused brownies.

When suffering from skin issues such as eczema, psoriasis or acne, applying CBD oil topically with a cream or a lotion could be the ideal option. You can also use CBD-infused soaps, shampoos, and washes.

CBD oil can also be consumed using CBD tinctures. Also known as drops, they are designed to be placed into the check or directly under the tongue.

CBD Spray is also a type of tincture. Just like tinctures, CBD Sprays come in different flavors and are consumed sublingually.

The best thing about CBD sprays is that they quickly deliver CBD oil into the bloodstream and hence the desired results can be achieved faster.

Vaping is another way through which you can consume CBD oil. Just like tinctures, vaping delivers CBD oil quickly into your bloodstream.

Which is the best way to consume CBD oil?

Well, there is no clear-cut answer to this question as it will depend on several factors.

For instance, if CBD is still illegal in your country, you will want to use a discreet method such as edibles, tinctures, etc. This will also come down to your personal preference. 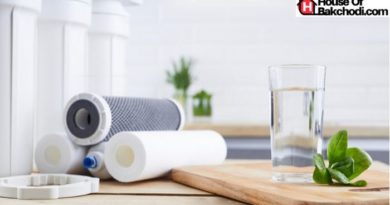 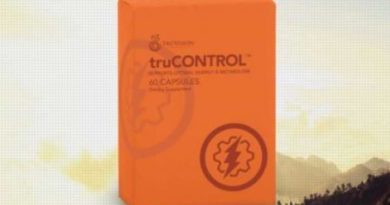