The question that will be uppermost in your mind after watching this movie is  – Why?

A few years ago, Hollywood discovered the mantra for blockbusters – sequels and prequels but like a chain-smoker who sermonizes about the ill-effects of smoking but can’t kick the habit himself,  the studios seem to be caught in a time-wrap where they seem compelled to produce sequel after sequel in franchises long past their expiry date.

No offense meant but the original Jurassic Park in 1994 was different, spectacularly different and unlike the movies coming out at that time. Fast forward to 2018 and the age of CGI, the fifth or was it the sixth (who cares anyway)  instalment of the dinosaur saga just leaves you …well…tired…very tired.

Fallen Kingdom starts three years after the events of the Jurassic World where the theme park was destroyed and Owen Grady and Clarie Dearing return to the isle of Isla Nublar to save the dinosaurs from an imminent volcanic eruption and to rehabilitate them on another island.

Owen is drawn to this task as he is searching for Blue, the raptor that he helped raise in the previous instalment of the franchise. Little do they know, there are other plans in store for the dinosaurs instead of rehabilitating them.

Why don’t you go a watch this movie and let us know about your feedback?

Mind you that there is nothing wrong with the sweeping visuals and there is probably nothing better than viewing a majestic brachiosaurus up close on 72mm and being transported back to a time when these giants ruled the earth. However, how many times do you want to see the message of a twisted man’s folly of toying with nature and trying to play God? I suspect, enough number of times.

Mind you, there are those movies which can be categorized under the “ big, dumb & mindless fun” category. The Fallen Kingdom perhaps would have qualified under this category, but it seems to take itself too seriously.

Chris Pratt is back as Owen Grady and seems to sleepwalk through his role. He certainly deserves better than such dopey stuff.

Bryce Dallas Howard is back as Clarie Dearing but with considerably more humane as she demonstrates by the foundation she runs to rehabilitate the modified dinos. Daniella Pineda plays a hot, nerdy doctor. And then there is an all-new genetically modified super dinosaur.

Jeff Goldblum as the billionaire philanthropist Benjamin Lockwood and Isabella Sermon as his granddaughter exist to just plug holes in the thin storyline.

You can avail great offers from Couponscurry.com. When you want a discount, always go for Couponscurry. Paytm movie tickets coupons are one of the hot selling coupons on their site. Take the advantage.

Some movies move you, some transport you to other worlds of fantasy and joy,  some honestly try to do both aforementioned things but fail and there are some I believe, that don’t even try and function on auto-pilot mode.

Jurassic World- The Fallen Kingdom falls in the last category with its focus on human characters who are singularly unengaging. It would not be an exaggeration to say that all that the characters in the movie have to do is look scared and run around.

Sadly, the movie fails to realize all this and ends by hinting at another forthcoming edition which has now been confirmed for a release in 2021.

Well, in the end, different people will perceive this movie differently. But the way we see it, it is an utter disappointment. Still, it would be better to watch it once and share your inputs. Movies are a good way to kill time, but yes, we would recommend you watch it only if you want to kill your time and don’t have a lot of expectations.

Rest you will be the watcher and will be in a better position to judge it all by yourself. We say best of luck with that and it is now the turn of audiences to feel scared and run. 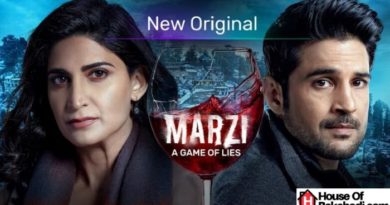