The chief minister of Bihar would now be getting Z-plus security according to a report of ET. Kumar, who was getting Z level of security till now, was constantly under threat from various sources. Recently after attack on his convoy in Buxar, Union Ministry of Human Affairs (MHA) has decided to upgrade his security.

However, this is not the first time when central government had to work on Nitish Kumar’s security. Last year, when Kumar left the grand alliance of RJD and Congress and joined NDA, center offered him Z-plus security. Nitish however, refused that time.

According to the sources, last year the security offered to Nitish Kumar was without any proper ‘threat analysis’. It was only done considering the political chaos and threat perceptions in Bihar.

Now after the recent attack on Nitish Kumar’s cavalcade in Buxar by a mob, center again approached Kumar with Z-plus security, which he has accepted. It’s been reported that a stone-pelting mob approached the convoy comprising of Kumar and started throwing stones over it. Several of government officials are said to be injured.

The union ministry’s decision came at a personal security review meeting held recently. It was told that Kumar’s security shield will be upgraded from ‘Z’ to additional level of ‘Z+’. It’s however not clear that which agency will be given the task of protecting Kumar. The Bihar chief minister already has an additional layer of state police commandos protecting him. Nitish is a state protectee and he is provided security by state security forces.

Till now, this is also not clear whether Kumar will get security at all India-level or only in Bihar.

In addition to the existing personnel of the Central Reserve Police Force (CRPF), four personnel of highly trained National Security Guards (NSG) would be deployed around Kumar, according to a senior officer looking after the CM’s security.

According to the Director general of police (DGP), Bihar, P K Thakur, the request for the enhanced security had been made for providing adequate security to the chief minister of his visits to other states in the country.

After this, Nitish Kumar will join a league of 450 VVIPs in India who enjoy Z-plus security. The security will also accompany Kumar in case he travels out of the country.

About Author – This post has been contributed by Pankaj Singh. He manages The Indian Wire and दा इंडियन वायर.

Banks In Chile To Reopen Accounts Of Cryptocurreny Exchanges 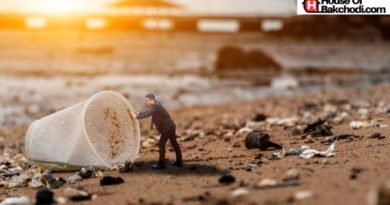