IoT is the term that will spread across the internet like a spider web by 2020. It has already started taking place a few years back and the application of the technology is a huge success so far.

It is a futuristic technology and is taking place extensively in the 21st century.

According to Gartner forecasts “by the end of 2019, enterprise and automotive IoT is expected to integrate 4.8 billion endpoint devices rounded to 21.5% up from the previous year. This will further grow to 5.8 billion by 2020 with an expected increase of 21%. The highest users of IoT endpoints will be the utility market totaling to around 1.17 billion endpoints in the current year.”

Here are the top 9 IoT things that will be very much trendy in the 2020 online business market.

When it comes to assisting voice support in websites, Google assistant will always come on top. Google’s assistant showed the way of how to enable voice commands in websites, making it more convenient for the audience.

It showed away a few years back when there was no voice commanding situation available. Today it is supported by everywhere around the world. At first, it supported only the English language.

Statistics say that a single human being knows two languages on an average. So, Google’s assistant will now support multiple languages for the comfortability of the users.

A huge revolution can be seen in wearable gadgets now because devices get smaller. Today a wearable gadget can be used as a watch or a fitness band. It can measure heart rate, blood pressure, and others. All of these things can be connected with the internet and IoT will play a key role in it.

Smart mirror software is the technology that you may have heard before. It was a concept in the past times and it still is to date. But recently the light of success is coming on its way.

It is basically a software that will assimilate quite easily in the wall or in the room. It will look like a mirror. You can check the time, weather update, news, calendars, and other things easily. It may look like a Hollywood movie concept.

it is still under construction and will definitely take place extensively in 2020. It will only be possible with the help of the IoT ecosystem.

The smart home is the concept that people are recently talking about a lot these days. The tech took place a few years back. Real-life implementation is done with expertise in 2019. This is the biggest success of smart homes so far.

As it has already implemented successfully so, extensive use will be seen in 2020. The smart home is basically an ecosystem where several gadgets will be connected with each other. All of the devices will be related to the home equipment.

Thanks to IoT! The total smart home concept will not be possible without the futuristic technology.

Autonomous car or self-driving car is something that was a concept a few years ago but today it is possible only because of IoT. It is known as the next-gen technology. Well, it is still in the testing stage but will take place vastly in 2020.

Think about the technology where a car will be driven and controlled without a driver – it is amazing! This is what self-driving car technology is. It will be controlled via IoT.

The car’s ecosystem will be connected to the controlling device via IoT. The self-driving car will definitely be a trendy thing that will rule in 2020.

Air taxi may be a concept so far in 2019 but the demonstration is still in process. It will definitely take place in 2020. The expectation of flying taxi is pretty high among the audience. Without any doubt, it can be said that flying taxi will be a top IoT trend in 2020.

A German company already exhibited the air taxi in Mercedes Benz Museum, Stuttgart. They showed the entire world how air taxi technology will take the shape of reality with the help of IoT.

It is the world where android app development is making their way of a new and advanced technological era. Things will be controlled fully by the internet and flexible displays will be one of the top IoT applications.

Currently, people are using the 4G LTE network because it is the best cellular network available in the world. But soon 5G will take place and change the scenario entirely. It will take place in 2020. The network operators are already started working on it.

The network speed of the 5G will be quite high. As a result, IoT will be implemented easily in smartphones with the help of the 5G network. IoT and 5G will be inter-related with each other. The IoT implementation in a cellular network will not be possible without 5G.

In modern-day life, sensors play an important role in several aspects. With the help of IoT, the sensors will improve on quite a large scale. These IoT applicable sensors will use vastly in automobiles, food, hospitals, medicine, retail, wellness, and several other places.

IoT will bring huge performance improvement in sensors and this will be a big trend in 2020.

These are the top 9 IoT that will change the entire internet trend in 2020. Not only the virtual world but the real world will be benefitted from IoT in 2020 too.

If the trends take place as it is then there will be a drastic change in people’s life.

Undoubtedly, IoT will change the scenario drastically in 2020 and there will be big trendy internet things to rule the 2020 online market. 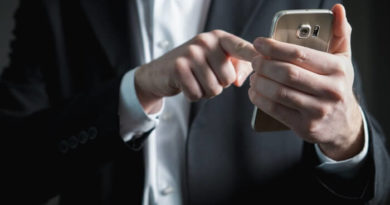 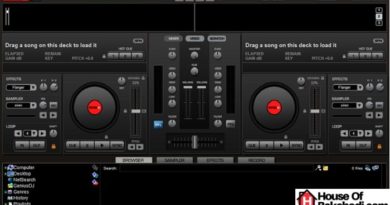