Almost no one of us likes buying an already used device. No matter how good the device’s condition is, there is always that lingering fear. No matter how tech savvy you consider yourself to be, there is still this fear of seal a bad deal.

The worse thing is that you never know how bad it was until things start getting messy at a latter stage. Until then, it is often too late to do anything about it.

But, we are talking about something else today.

We are talking about buying a reconditioned iPhone.

Chances are that you have already heard about refurbished iPhones. Quite recently, there has been an increased interest in refurbished devices from the consumers.

If you don’t already know, refurbishing of iPhones is performed by Apple technicians and the company takes full responsibility for the process. It is imperative to understand the difference between repair from a third party and Apple authorised refurbishing.

When it comes to used phones, eyebrows are most intensely raised over quality and performance issues. Literally, there is little difference between the term “repair” and “refurbishing“. But, when it comes to mobile devices these two terms imply two different meanings.

Repairing of an Apple device refers to fixing of current accessories or software problems. If a component is entirely out of order, it is only then replaced with a new one. Mostly, existing components are used after repairing them.

In refurbishing process, the device undergoes a complete burn-in and new software is installed. This mitigates all software issues in one go. Hardware components are tested through extensive diagnostic testing. Defective components are replaced with the original factory manufactured parts.

Afterwards, these iPhones are tested for quality assurance just like new devices, before they are re-packed. Note the grave difference between this extensive refurbishing process and an ordinary repair. Therefore, while buying a refurbished iPhone you need not worry about the quality issues.

Buying a new iPhone is a substantial expenditure, especially if you consider other cheap mobile phone options. With newer models rolling in, there is probably no sliding down on the price scale. New features will be added and existing ones will be upgraded, which necessarily implies higher prices in the foreseeable future.

If you are on a tight budget or are someone who doesn’t mind bagging a similar deal for the lower price, refurbished iPhones are for you. Given the extensive nature of Apple’s refurbishing process, the experience offered by these devices is not compromised.

Refurbished iPhone generally save you $100-$250 as compared to the new device. It is a substantial cut if you consider that there is almost no difference in performance and experience.

Contribution To The Environment:

Refurbishing process is environment-friendly and uses recycled parts for replacement. For people who care about world’s environment, and largely mismanaged electronic waste, buying a refurbished iPhone is a way to contribute to the greater cause.

Remember, that no effort is small and negligible, given that it is in the right direction. So, every device that you buy which uses recycles products, matters.

E-waste has largely been mismanaged around the world. Left on its own in landfills and other garbage sites, electronic waste poses significant health and environmental hazards.

It must be relieving to know that refurbishing is covered by Apple’s warranty programme. Since Apple ensures compliance with its rigorous procedures, it guarantees a seamless experience.

Note that it is the same warranty that comes with a new iPhone and covers similar aspects. For those of you who were still in doubt and suspicion, warranty from Apple must have come off as a waiver.

On top of that, if there is an immediate issue after you have just unboxed the refurbished iPhone, you don’t even have to make a formal warranty claim. Reach out to the Apple’s customer support and they will get you covered.

Users who have faced similar issues in the past have reported exquisite support from Apple’s customer support. If you have genuine hardware issues, they will ship a similar refurbished iPhone to your address.

Up till this point, you might have been nodding in acceptance, but get ready for this one.

Are refurbished iPhones better than the completely new ones? In some cases, the answer is yes from our side.

You surely doubt that and now you are probably little sceptic of what has already been told. Yes, you should be but in some cases and ways refurbished iPhones do serve the purpose better.

Better Resistance than a New iPhone:

A refurbished iPhone has gone through extreme testing and quality checks. New iPhones also go through similar checks, but they only go through them once.

As devices that are going through the refurbishing process are already susceptible to defects, they are consequently, subjected to an even more intense set of testing procedures. As a result, refurbished iPhones provide better resistance to hardware breakages and defects.

When an iPhone is launched and is still relatively new, there are various features which are still in testing phase. Many errors and defects will be unleashed at a later stage. Further upgrades are floated to curb such issues. So, with new iPhone, there is this downside.

While buying a refurbished iPhone, this issue is already catered. The phone’s model has already been through trial and error phase. Refurbishing incorporates latest upgrades and so refurbished iPhones are much less likely to encounter uncalled issues.

Also Read: Clone iphone are cheap but not trustworthy

iPhones are expensive and it is not in most cases, feasible to buy them for the mere purpose of testing. Instead, you can buy its refurbished version for a much lower price and see how a particular model churns out to be for you. With models that are not really trendy, the price cut can be up to 40%-50%. This is huge. 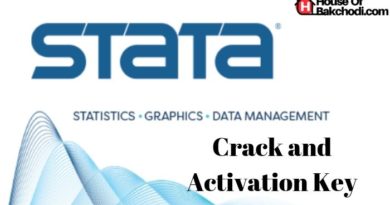