Technology has been changing vastly, now it’s common to find an app that you can use for anything you need. Our phones are our personal assistants and they simply define who we are by what we choose to install and use more often.

an Android user, you should boast because you get the advantage to have a multitude of options when selecting which apps to choose unlike IOS users who have to use apps that are in the app store unless they choose to jail break their devices.

get to have a host of many options and maybe sometimes run out of ideas on which apps to download and which not to download.

Android users who have rooted their devices.

Lucky patcher apk lets you experience pro version apps that are only available after paying. It works by installing custom MOD patches which will help manipulate license verification processes. This app is can work on un-rooted devices, but if you wish to unlock its extreme wonderful features, you have to root your android device. Furthermore, this app lets you delete ads that come embedded on the screen of a game.If you want to need it, then you can download it.

This is a powerful app that lets you manipulate apps mostly games by modifying aspects such as stamina, lives and energy. Unlike lucky patcher which works on apps that store data on your device, SB Hacker functions by hacking online games such as the clash of the titans. It is important to note that cheating in these games can get your accounts banned thus depriving you of your wonderful games. Furthermore, this app lets you enjoy your games without adverts popping up while playing.

This is one of the best alternative to lucky patcher with the only difference being that you don’t have to root your device if you wish to install this app. It works by installing custom patches so as to overwrite license verifications in apps and also allows gamers to cheat by awarding them unlimited coins and gems. Furthermore, this app allows you to unlock every achievement in a game which would only be possible if you had unlimited coins and had played a lot of matches.

Diskdigger is a revolutionary app that lets you retrieve any data you might have deleted unknowingly. It works on many platforms (windows, iPhone and android devices). Additionally, this app has FTH feature that lets you connect your phone with your pc and use it. Another feature that endears to users is the fact that with this app you can now delete a file permanently.

ES Explorer is an app that gives you a host of features that will most surely impress you. With this app you can install both ZIP or RAR files which is impossible to install with package installer. Furthermore, ES explorer lets you feel the effect of using your device as a laptop. It gives you the option of copy, cut and paste in its interface.

Rooting your device lets you separate an ordinary app from an extraordinary app by simply letting you take back control of your device by manipulating apps to function as you wish. The mentioned apps is a must have if you wish to experience a whole lot of features in your android device. 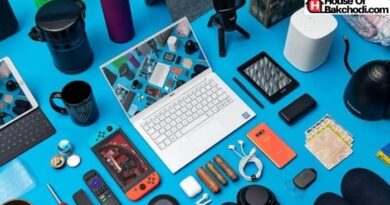